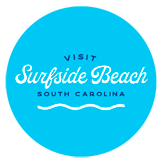 Known since our incorporation in 1964 as "The Family Beach," Surfside Beach officially became the first Autism-Friendly Travel Destination in January 2016. That's "first," as in the first in the world.

After all, if family is first priority here in Surfside, then so should the town welcome and accommodate families with children diagnosed with autism and autism spectrum disorder. The Surfside Beach Town Council, led by Mayor Doug Samples, signed the autism-friendly proclamation that would inherently create an environment where the families impacted by autism feel supported and without judgement.

It's a concept that was pioneered by Surfside resident Becky Large, founder of Champion Autism Network (CAN) and mother of a son on the autism spectrum. In general, autism is characterized, in varying degrees, by difficulties in social interaction, verbal and nonverbal communication, repetitive behaviors and sensory processing issues, which means lights, sounds, smells and crowds - especially in a new environment - are difficult to tolerate. Overstimulation then leads to tantrums or meltdowns - and the public eye isn't usually empathetic.

For families living with autism, this can be challenging and unpredictable as it is - and even more so when traveling, which is why CAN and Surfside Beach are spreading awareness and a town-wide judgement-free zone through the CAN Card. The card offers a way for families to subtly let participating attractions, restaurants, hotels and resorts know that they are an autism family to ensure proper service and support. Participating businesses, in turn, are trained to accommodate your special needs.

For more information on CAN, Surfside Beach's autism-friendly distinction, and to request a CAN Card, visit www.championautismnetwork.com.